Conquering space: how private companies are changing the industry and our future

"The Earth is the cradle of humanity, but mankind cannot stay in the cradle forever." Konstantin Tsiolkovsky

Since the 20th century, mankind became interested in space exploration. What has pushed us to leave the comfortable, well-known world of our planet and venture into mysteries of the unknown? BDO Centers has analysed the topic of space commercialisation and prepared a study, which you can read at the link.

The history of space exploration began in 1957, when Sputnik 2, the first-ever satellite has left the Earth, carrying Laika, the first-ever live creature onboard to the vastness of space. Within the next 20 years, a fierce competition has developed between USSR and the USA, with such milestones as Yuri Gagarin becoming the first man in the world to travel into space, followed by Neil Armstrong as the first man stepping on the Moon’s surface. The space exploration industry started to evolve surely but steadily, financed mostly by governments of different countries. In 1998, International Space Station was established by a joint effort, and humanity made a confident step into the third millennium.

Currently, the global space economy accounts for 385 Bn USD of total market value, with 79% being commercial revenue and 21% governmental. 47% of governmental space investment is concentrated on space transportation, and the other 53% cover orbital infrastructure, space exploration sciences, Moon, Mars and deep space exploration. The biggest part of the space economy (79%) is taken by the satellite segment. 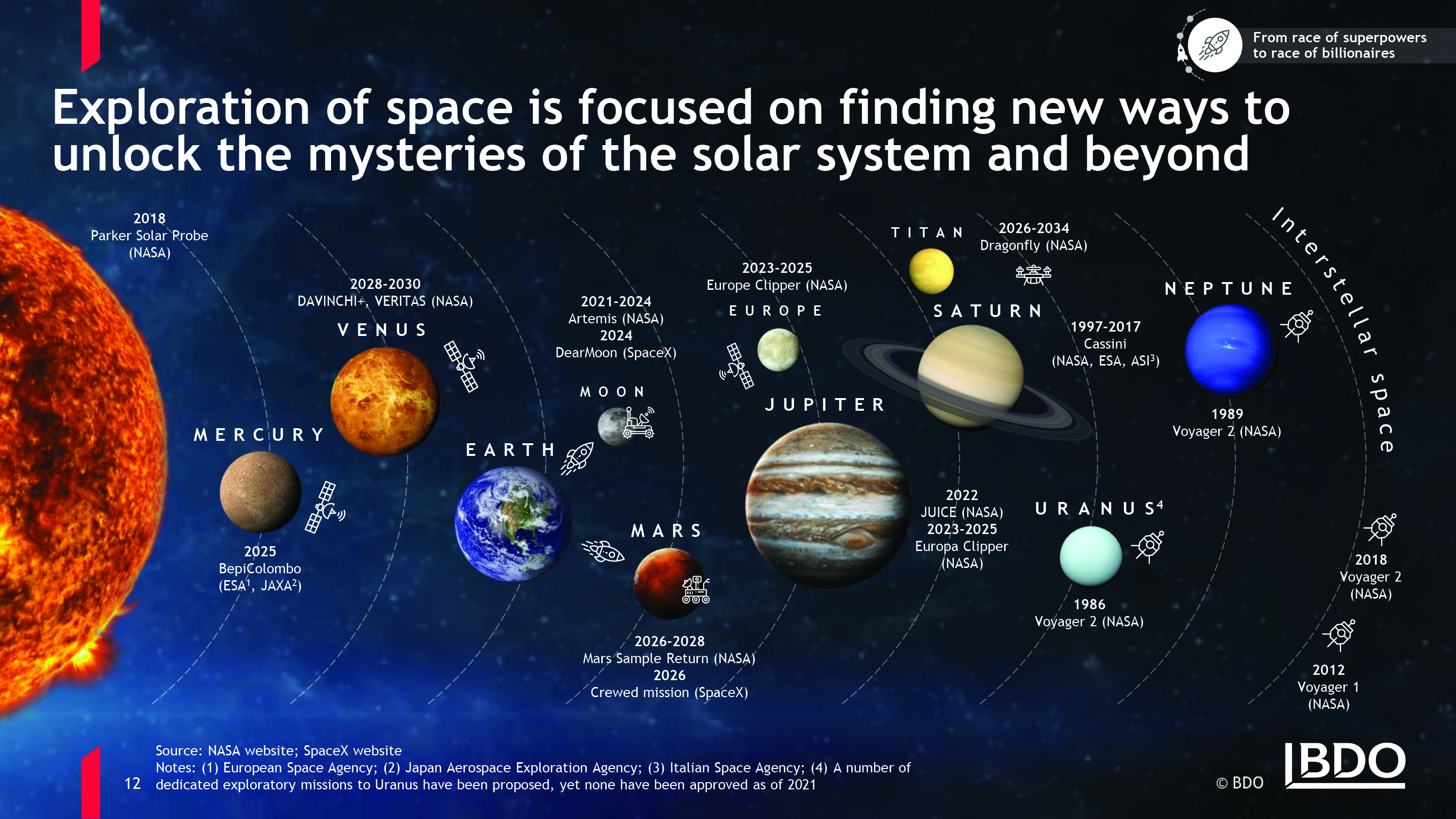 But what are we aiming for and what is the highest purpose of such multi-billion dollars investments?

Today, humanity wants to unravel the mysteries of the solar system and explore other planets and their moons – such as the Mars, Venus, and Jupiter. That is where the private investors step in, taking the space industry to a new level of development. In the 21st century, new major players such as Elon Musk, Jeff Bezos, Richard Branson, and others, appeared in the industry, with the first three becoming pioneers in the commercial space race of our time. Their visions and approaches differ significantly, however, the contribution made is undisputable.

Jeff Bezos, the richest man in the world and the owner of Amazon, founded Blue Origin in 2000. Applying a "slow and steady" approach, this company has been working on development of its New Shepard space vehicle, which launched successfully in 2015. In May 2020, Blue Origin landed a 579 Mn USD contract with NASA for development of a potential lunar lander. However, Bezos does not concentrate exclusively on the commercial side of space exploration. His ultimate goal and vision are to establish near-Earth space colonies in order to reduce the increasing pressure of a potential overpopulation crisis. Global population will reach 10.9 billion people by 2100, fossil fuel reserves are predicted to run out by 2090, sea level will rise by 1.1 m, while the average Earth temperature will increase by +2.9°C. Bezos aims at transferring heavy, dirty manufacturing to the space to avoid further pollution of the Earth. The resources will be supplied from the Moon and asteroids, and the colonies will accommodate trillions of people. Ultimately, the Earth will become rather a tourist destination, day trip away from the colonies. On 5th  July 2021, Jeff Bezos stepped down as Amazon’s CEO in order to focus on further development of Blue Origin.

Another influential space industry businessman is Elon Musk, an innovator, whose out of the box thinking has brought us Tesla, Falcon rockets and a concept of Hyperloop. Musk created SpaceX, a game-changer aerospace manufacturer, that became a first private company to bring humans to the International Space Station. Next ambitious projects include cargo and crew missions to Mars in 2024 and 2026. These missions will confirm water resources, build support infrastructure, and develop a base for future expansion, thus laying out a path to the ultimate goal of Mars colonization. By 2050, Musk is planning to establish a self-sustaining city with 1 Mn residents on Mars, which will be a "back-up drive" for civilisation. The colony will be connected to the Earth by 3 daily Starship flights.

While Bezos and Musk work on missions for the future of humanity, Richard Branson, world famous entrepreneur, aims to pioneer the space tourism industry. Branson aims to provide everyone with an opportunity to experience zero gravity and observe the Earth from the space by starting commercial space flights in 2022. Such flight will cost 250,000 USD and the spacecraft will carry 8 people. On 11th July 2021 Branson did a first test flight, which started a new era of space tourism.

In which areas shall the business continue to develop in order to reach new horizons and benefit the Earth’s population? There are 5 key areas: space mining, space infrastructure, space farming, space logistics and orbital transportation and space hospitality and travel. Each of these areas provides new exciting opportunities. 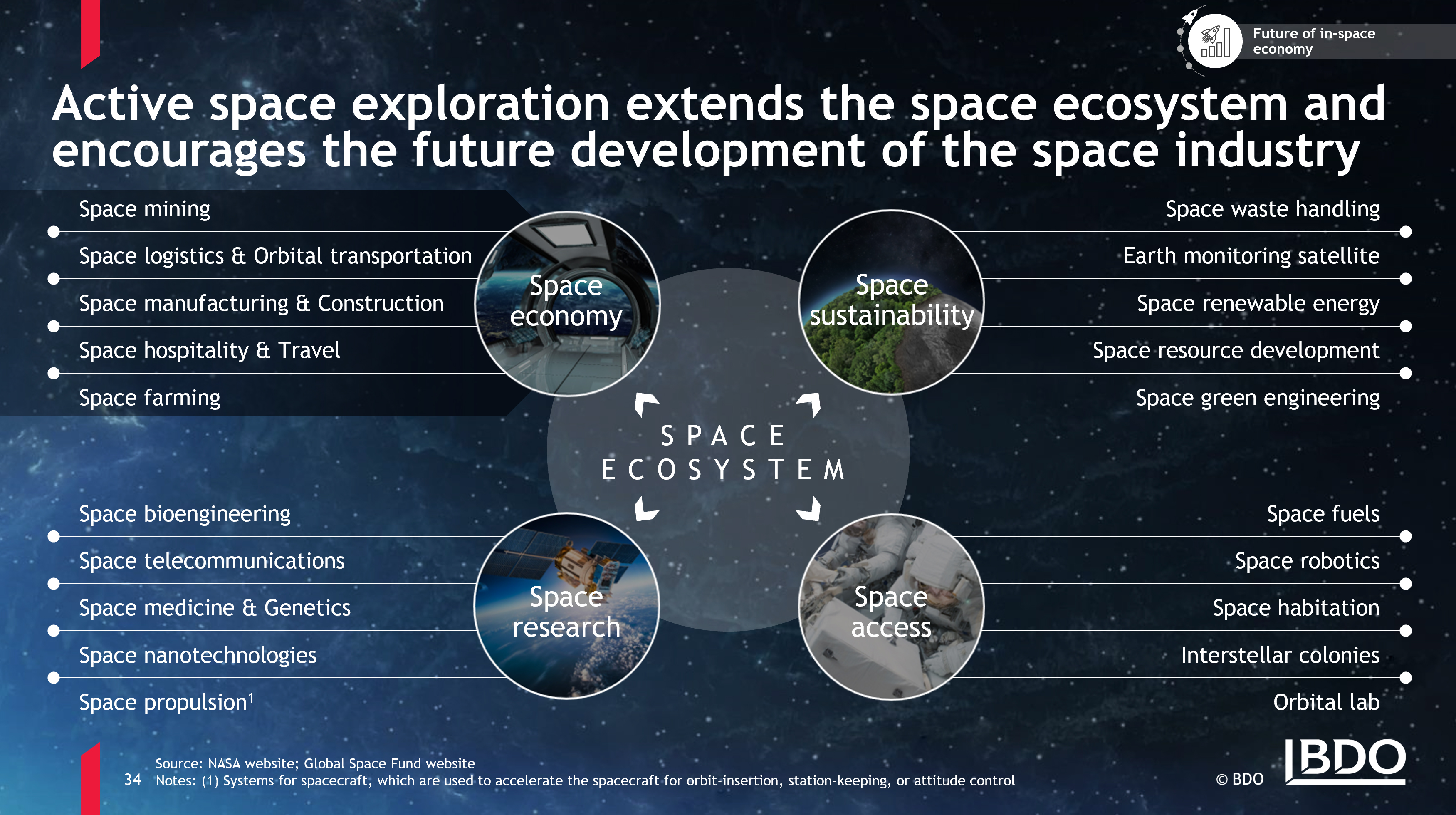 For example, space mining will help humanity to increase decarbonisation of the Earth, and provide space refueling, which will decrease costs in space exploration and travel. With the Orbital Assembly Corporation announcing a project for building a first low orbital hotel, space travel becomes even more realistic. Also, space hospitality is a major step for development of space real estate, that could assist with a problem of the Earth’s overpopulation.

Space farming will be a next logical step in case of shifting the Earth’s population to the space. Food production in the space will lower the costs of space hospitality, and it will also allow space missions to make longer flights into the deep space due to the fact of food availability outside of the Earth. However, solar radiation could be harmful for the plants and zero gravity could complicate the farming conditions. Space manufacturing and construction could benefit from microgravity and vacuum conditions. In-space manufacturing would enable sustainable space exploration missions at reduced cost compared to launching from the Earth. 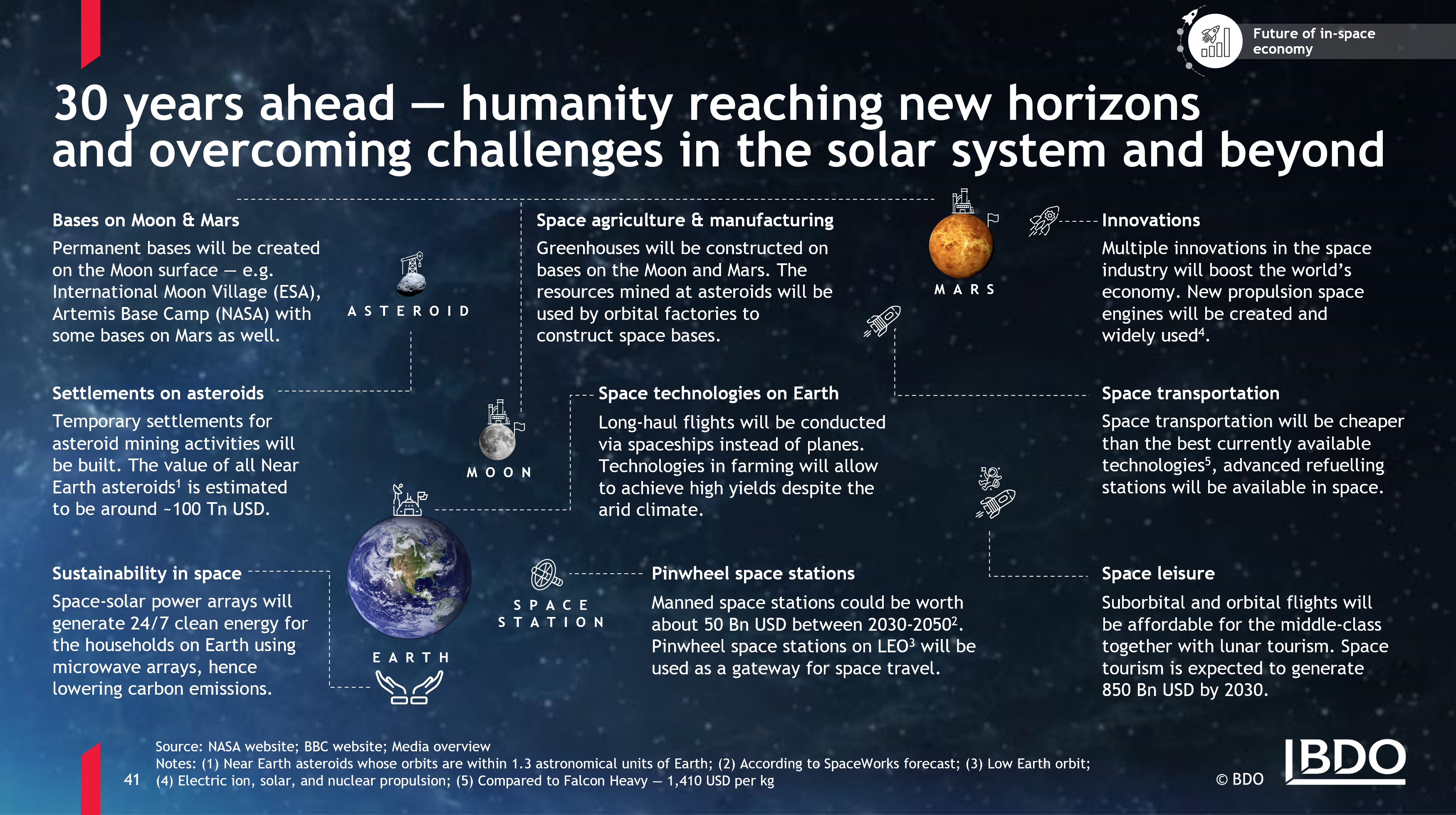 In conclusion, despite all challenges that humanity faces on the road of space exploration, the benefit of it is unquestionable. By 2040, the space economy revenue is expected to reach approximately 1 Tn USD. As humanity continues to make steps in space exploration, permanent bases on the Moon’s surface, pinwheel space stations as gateways for space travel and temporary settlements for asteroids mining activities can turn from an exciting future into realistic present for humanity.

BDO Centers LLC is a Kyiv based consulting practice with a focus on professional services. BDO Centers develops and scales innovations in support of the largest and most diversified group of strategy, consulting, digital, audit, tax, and operations professionals in the world. Drawing on a combination of industry and functional expertise, the company supports service processes for Marketing, Sales Enablement, Corporate Communications, Social Media, Events, Strategy and Business Consulting. Engineered to facilitate an increase in client centricity, the agile and cross-functional BDO Centers team provides strategic and operational value creation to accompany the full client journey. 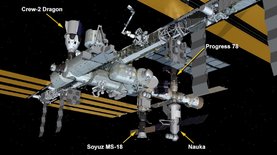 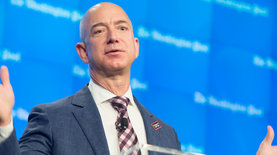